Are you an occasional or regular gamer?

Enjoy a catalogue with more than 400 video games: no ads, no need for a console or a gaming PC, and no commitment. Blacknut is the Cloud Gaming option available to everyone. Enjoy games in PC quality on your mobile*. Try 5G Cloud Gaming with a Premium version (one player) or a Family version (up to five players).

The world awaits you!

Call/SMS and mobile Internet options to travel with peace of mind. Canada, Zone 2… set yourself no limits. From S to L, pick an option that suits you best.

Activate your options via SMS with the activation code to 64000. 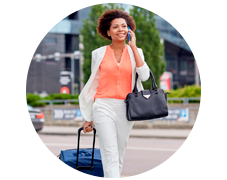 Stay within your budget!

Don’t get caught off guard. Limit your or your children’s bundle for only 1,71€ ex.VAT/month.

How does it work?

Once the subscribed package has been used up, all your communications are automatically blocked. Simple and efficient!

You wish to communicate from the Canada

The Around the World option is your choice for trips across the Atlantic. Manage what you spend, even on the other side of the world.

Mobile data : Around the World Canada

Calls/SMS : Around the World Canada

You wish to communicate from and to Zone 2 14

Your BusinessEurope package opens up to the world. With the Around the World option, travel freely while managing what you spend.

Mobile data : Around the World from Zone 2

Calls/SMS : : Around the World from Zone 2

Activate this option for your communications with the Rest of the World and manage what you spend in every situation.

Calls/SMS : Around the World Luxembourg to Zone 2 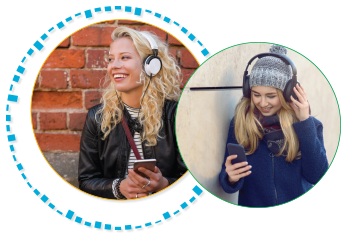 All the Music is on Apple Music

Create your playlists, listen to your favourite artists without interruption on all your devices, on or off-line.

No commitment for complete freedom.

A comprehensive warranty for absolute peace of mind!

Take comfort from being protected... choose Garantie+ and protect your mobile device against loss, theft, damage and much more!

Get started with a phone for €0, it's possible!

With the Phone option, you can pay for your new device over 12 or 24 months. Take control of your budget and choose your ideal phone!

POST is launching VoLTE (Voice over LTE), with its 4G Calling option

VoLTE or Voice over Long Term Evolution is a revolutionary technical development that allows you to make and receive HD voice-quality calls anywhere in Luxembourg via the 4G network. But that's not all…

WiFi Calling means you can make or receive calls in an area where network coverage is poor, e.g. a well-insulated house.

3. To and from Europe: calls from the POST mobile network to a landline or a mobile number in Europe, incoming calls from a network in Europe, outgoing calls from a country in Europe to a landline or mobile number on a European network, outgoing calls from a European country to a voicemail number. Excluding special numbers, calls to Voice over Internet numbers and data, fax and video calls. The term "Europe" refers to zone 1 of the list shown in the appendix and the term "European" to a country in zone 1 of this list. The units used to and from Europe are deducted from plans in the order in which the billing data sent by foreign operators are processed by POST Telecom S.A., depending on the technical constraints inherent in the billing system and the date of receipt of these data; POST Telecom S.A. cannot guarantee that this order will match the chronological order in which the communications are made. In general, it is free to receive an SMS on a foreign mobile network. However, some operators may apply a charge for receipt, which will be recharged to the client. To receive MMS from a foreign mobile network, additional charges for packet switching or circuit switching type data communications will be billed (tariffs and roaming agreements available online).

4. Luxembourg, Europe and USA Internet traffic: packet switching data communication made from the POST mobile network and in Europe and the USA, excluding special numbers and Premium SMS, calls to Voice over Internet numbers and data, fax and video calling. 1 MB = 1024 KB. Internet traffic in Europe and the USA blocked for BusinessEurope mini. The output may be affected by various factors. More details regarding outputs can be found in this document: Net Neutrality. The speed may be reduced or the connection suspended based on non-inclusive usage, according to the description in the Fair Usage section of the pricing plan.

9. Options are subscribed for a period of one month and are automatically renewed until the next term of the contract (except the Extra Volume and Option Phone option).

11. Subscribing to the Blocked Plan option enables all communications of the same type as those included in the plan to be blocked over the volume included in the chosen price plan. Usage is blocked on reaching the threshold indicated for the current calendar month. The ExtraVolume option which allows additional data volume to be added for the current month is blocked by default with the Blocked Plan option. Clients who wish to add an ExtraVolume option must first cancel their Blocked Plan option. Options are subscribed for a period of one month and are automatically renewed until the next term of the contract. However, the customer has the option of requesting the cancellation of all or part of the subscribed options without giving a reason, by sending a letter by registered post addressed to POST Telecom S.A., 1 rue Emile Bian, L-1235 Luxembourg. The cancellation of an option will take effect only at the end of the month of receipt by POST Telecom S.A. of the cancellation letter sent by the customer.

12. ExtraVolume: enables you to benefit from an additional Mobile Internet volume in Luxembourg, Europe and the USA after using up the Mobile Internet volume included in the price plan. The volume included under the ExtraVolume product subscription must be used within the period starting from the day of subscription and concluding on the last day of the calendar month of subscription; the balance not consumed during this period cannot be carried forward. The price of the ExtraVolume product is payable in full when signed up for, regardless of the actual number of days remaining in the calendar month of subscription.

13. The customer can subscribe to an option by SMS to 64000, which also enables them to monitor their use. You can subscribe to more than one option at the same time (eg: Canada Data + Canada Calls & SMS). With the MAXI plan, the Around the World options are used first. An SMS is used to notify the customer of the subscription and to monitor the use of the options (100%). Options are not compatible with the BusinessEurope mini plan (except E1, E2 and E3). Billing rates for the Around the World options: Data per KB - Calls: per second (1”/1”)

15. Blacknut is an unlimited, multiplatform games service. If you cancel any of your Blacknut options or POST offer which includes one of the Blacknut options, your Blacknut account will also be cancelled. Blacknut account game saves are kept for six months. Customers who sign up for Blacknut again during this period, by subscribing with POST Telecom or in some other way, will be able to recover their game saves, as long as they use the same login details. The service is subject to the Blacknut terms of use: https://www.blacknut.com/fr/terms

16. Maximum theoretical speed that can be reached with 5G technology. The actual speed depends on several factors, for example, the network availability or configuration of the device used. More information in the Net Neutrality Document. 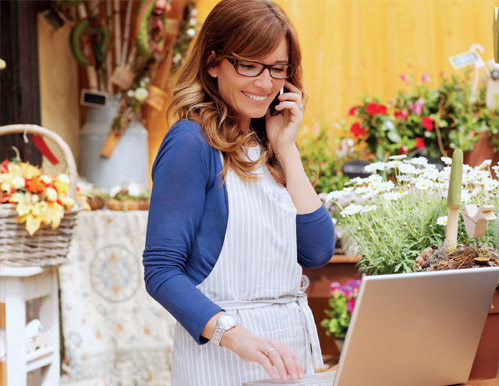 By selecting one of the BusinessEurope bundles for your company you are choosing:

Take directly an appointment
on our online Agenda

Save a lot of time with this service running on appointment and dedicated for professionals only. Our commercial experts will guide you to find a solution that meets your business.

Do you want to set yourself a fixed budget for the invoices for all your company mobile phones?

Manage and secure all your mobiles